You can find a full list of Tony Nominees HERE.

A SENSIBLE TONY AWARDS CHAT WITH DYLAN BUSTAMANTE OF 54 BELOW

It is now JUNE JUNE JOAAAAAN, and that can only mean one thing. Well, 2 things. Leslie Uggams was #trending on June 1st, and come June 7th, so will the TONY AWARDS. Tis the season where Broadway is all a buzz and theatre kids around the country tune in to see the best performances of the year get the national praise they deserve. This has been a very strong year for Broadway, and who better to talk Tonys with than someone who has seen every Tony nominated show and who knows things. Enter, Dylan Bustamante – Programming Associate at 54 Below.

If you are not familiar with the venue, it is so much more than a Broadway Supper Club. It’s really where you should be if you love theatre, are curious as to what a “fancy basement” looks like, and love old-fashioned piano parties. You can be sure that this is where you can find your Broadway favorites disrobing (sometimes literally) from their character’s costumes they inhabit 8 shows a week, only to do their own thang- often blowing the proverbial roof off the place. There is also a strong possibility you’ll run into Jessica Lange and Patti LuPone just hangin’, sharing french fries ‘n shit. I literally saw that once. I had the pleasure of meeting with Dylan at 54 Below where we caught Laura Osnes’ show over a bottle of delicious rosé. 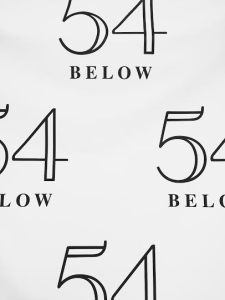 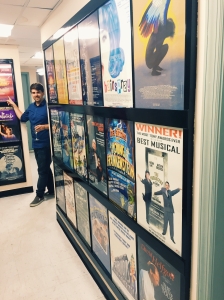 RC: Favorite Musical of all time:

DB: This is so hard, but part of me really wants to say Hairspray.

RC: Favorite Play of all time:

DB: I have a huge crush on Hand to God

RC: Ok, now that we’re all warmed up, let’s talk about a show that I know nothing about. Wolf Hall Parts One & Two which is nominated for Best Play this year.

DB: It takes place in England in 1527 during the court of Henry the 8th. The performances were really great. Ben Miles, who is nominated for Best Performance by an Actor in a Leading Role in a Play- he doesn’t really ever leave the stage. He’s unreal. Full disclosure, Part Two is the only show I have yet to see. I’ll be seeing it the afternoon of the Tony’s and I can’t wait.

RC: Dumb question. Can you see Part One and not Two?

DB: The way that they were originally selling it was as a package. It’s the same as “Angels in America” or “Coast of Utopia.” They’d much rather you see the whole thing. It’s like the Star Wars movies. You can see just one, but there is so much more story to be told. They leave you wanting more. Plus, I’m excited to see Part Two because it’s called Bring Up the Bodies, and who doesn’t want to see a show with that title?

RC: Do they wear hats?

RC: Let’s get to the controversy. The BIG ONE. Kelli O’Hara and Kristin Chenoweth are both nominated for Best Performance by an Actress in a Leading Role in a Musical, for “The King & I” and “On the Twentieth Century,” respectively. Neither have won for Best Actress. Is it Kelli’s year?

DB: Kelli O’Hara has been nominated six times (never won) for so many different roles. Ever since “South Pacific,” I’ve always heard “wait until Kelli plays Anna in “The King & I.” And I agree. She was stunning. It was the first time that I was like YES Kelli O’Hara. YES. I left thinking that it should be called “Anna & the King.” She nailed it.

RC: Ok. So if Kristin Chenoweth doesn’t win, will there be street riots? Adam Feldman’s case for K-Chen is pretty spot on.

DB: Kristin has never been better. I really don’t know. I go back and forth every other day. The musicals couldn’t be more different. I feel like it really is Kelli O’Hara’s time to win. Having said that, I do think that Kristin’s performance is one of the best comedic performances I’ve ever seen in my whole life. We’re looking for performances of a lifetime. Maybe they give it to both of them. It’s entirely possible.

RC: What about Tony snubs?

DB: There were 2 people I was rooting for this year that didn’t get nominated for Tonys. Lisa Howard for “It Shoulda Been You” and Brynn O’Malley for “Honeymoon in Vegas.” I’ve been in love with Lisa Howard since Spelling Bee and she gave a beautiful performance in “It Shoulda Been You.” Also- Brynn stole the show in Vegas as far as I’m concerned.

RC: Can we talk about Best Performance by an Actor in a Featured Role in a Musical?

RC: There are also some solid choices for Best Play:

DB: “The Curious Incident of the Dog in the Night-Time” certainly seemed like it was the frontrunner earlier in the year. Alex Sharp is amazing as the boy in it- he is nominated for Best Performance by an Actor in a Leading Role in a Play. He kills it. And “Disgraced” I saw when it was at Lincoln Center, but when they changed casts, so did the characters in a way. But I did love it. I feel like it’s between Curious Incident and “Hand to God.”

DB: I don’t think that “The Visit” is as strong a musical as the others. It’s Kander & Ebb’s last show, and I believe that’s why it is still running, but I was pretty floored to see it be nominated. And then there’s “Fun Home” which is beautiful and touching. The direction by Sam Gold is stunning. Almost everyone is nominated.

RC: What musical (that closed early) would you save and why?:

DB: This year? The Last Ship, that score is everything. In life? I would have loved The Rink to be around, Original cast ONLY.

RC: Let’s talk a little bit about the goings-on of 54 Below. Is there anyone on Broadway right now who has really shown another side of themselves on the 54 Below stage?

RC: Any surprising 54 Below shows?

RC: If you could turn a movie into a Broadway musical- which one would it be and who is your dream cast?

DB: Drop Dead Gorgeous! Easy! Annaleigh Ashford would be the lead, and I would want Allison Janney to stay cast as her role, and the girls would be like Lindsay Nicole Chambers, Kate Wetherhead, Barret Wilber-Weed. It would be amazing.

RC: If you could turn a tv show into a musical- which one would it be?

DB: Hmm. I don’t know, maybe like the first season of Scandal. That would make a great musical.

DB: I’m sure it’s someone in “On The Town” or “An American in Paris,” but in real life the answer is Nick Adams.

RC: Along with all the Tony nominees, you’ve also seen most of the shows at 54 Below. If you could, which one would you give a special Tony Award to? 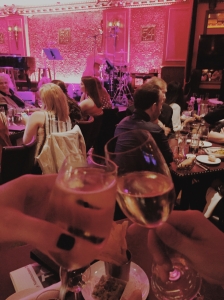 I think we were on our 3rd glass of rosé when we decided to play Word Association: The Broadway Edition.

DB: Handsome (Sung like the little girl from Fun Home)