So about a year ago, I was blessed with probably one of the most unique jobs a person can have in the Broadway community. Being dropped into a world where anything can happen, anyone can show up, and anything can go wrong. I work at 54 Below. Located in the basement of the old Studio 54, it’s the go-to theatre hangout where each night you are sure to find Broadway legends (Patti LuPone, Bebe Neuwirth), downtown favorites (Bridget Everett, Jackie Hoffman), and newbies putting on their own shows in an intimate “living room” type supper club. My time there started as an internship and quickly moved to a permanent position on the staff. So you probably want to know what my position is, or what my day to day is. I will let you figure that out yourself by listing for you my Top 3 favorite moments I’ve had at 54 Below.

I was excited that we booked Aaron Tveit. Little did I know that the minute we would announce he was coming to 54, the news would explode on social media and lead to thousands of fans booking plane tickets to NYC just for him. The term Aaronpocalypse happened when his show went on sale and sold out his entire run in 6 minutes. After thousands of upset Facebook posts, tweets, and Tumblr posts we just had to add more shows. The two shows we added sold out in just a few minutes as well. Crazy.

This was one of the first shows for us to blow up as quickly as it did, and also the one that I would like to say made me famous on social media as I would walk Aaron to his car every night with our doorman Max. 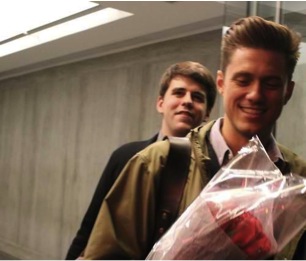 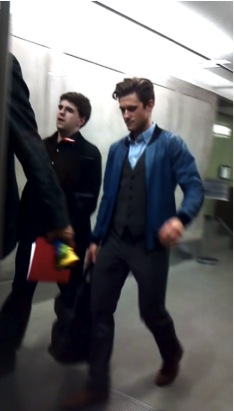 When you are famous, you have famous friends.

When you are famous and you are performing in NY, you have famous friends that come see you perform in NY.

This happens at 54 Below every few days. But there was one day in April when it was so out of control that we didn’t have enough space on 54th street to keep all of their Escalades. Thank you, Rita Wilson. 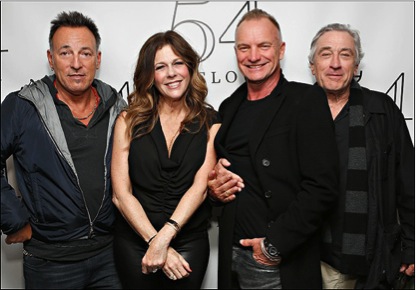 Rita Wilson’s guest list consisted of not just the pictured Bruce Springsteen, Sting and Robert De Niro. Oh no. Also there was:

The entire cast of Lucky Guy, and everyone else famous ever…

OH and of course her hubby Tom Hanks – who proved to be one of the nicest humans I have ever met. Really, the nicest. 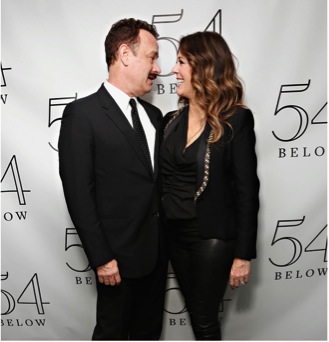 My mom will never get sick of my texts. 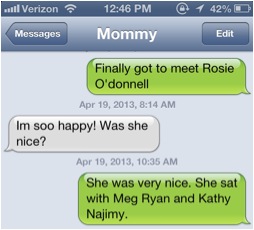 I might even say that this has been my favorite show we have ever had at 54 Below, and we normally do around 60 shows a month. This show was the most interesting piece of work at 54 Below. It included conversations about her becoming a minister, the epiphany to get rid of her vegetarian lifestyle, the Dalai Lama, a gay for pay male stripper, and an experience with an orca. Picture all of that surrounded by amazing music written by some of the worlds best singer-songwriters: Joni Mitchell, Noah and the Whale, and Todd Almond. 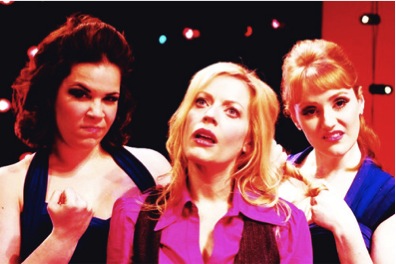 The part that everyone at the club loved the most and would watch night after night came from this idea she had during rehearsal- to walk across the table, belting her face off and almost kicking everyone’s food and drink off the table.

I was in the room when my boss Phil Bond and Sherie recorded the 54 Below podcast for her show. She wore these really awesome hipster glasses, but she also had used a rubber band to put her hair up or something and throughout the entire interview (which was hilarious and you can listen to it here) she was trying to get it out, hands up in her hair. It was hilarious but she kept on going on with the interview and not once can you hear her trying to get it out.

That was my first week on the job, and is still one of my favorite moments that I wish I had a picture of … instead I am going to quote Ms. Scott taken from a broadway.com interview when she was asked about her back-up girls, Lindsay Mendez and Betsy Wolfe from her auto-biographical Broadway smash “Everyday Rapture.”

“Did you raise them on a farm?”

“Yeah, we did. Broadway Fembots. Fembactress’s. “

(Look for Lindsay Mendez and Betsy Wolfe this Fall at 54 Below.)

My Tweets
Join 18 other subscribers