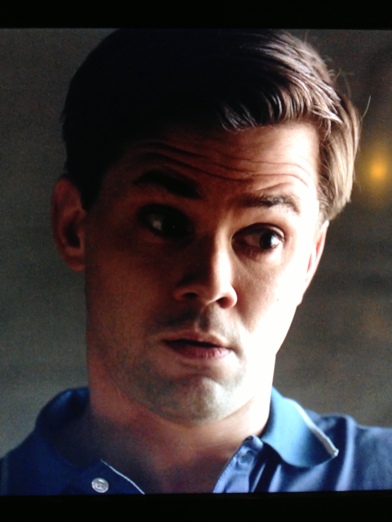 If you haven’t read it already, here is my review of the First Half of GIRLS, Season One

Now, on to the Second Half:

Adam has come around, Hannah and Marnie no longer live together, Charlie has a new girlfriend, Shoshanna loses her virginity, and Jessa has gotten married…?!?!? Such is television, where things are always in flux in order to make sure the viewer doesn’t get bored. It’s also the reason why most shows end up going sideways — all the changes end up seeming more and more ridiculous because they have to try to make them more and more surprising and bigger, as the show keeps upping the ante on itself. It’s why I will always prefer movies — in that solid two hour arc, a movie tells its story and then gets the hell out of there.

But don’t get me wrong. I enjoyed the second half of the season. The premises for episodes 6 and 7, when Hannah goes home to Michigan to visit her parents and then when the girls go to a big party in a warehouse, perhaps took away from the show’s normal substance (instead of focusing on the characters, the story became distracted by the new places themselves) but in 8, 9, and 10 it returned to its meat and potatoes, which was the girls talking to one another about themselves, which is the most natural, most rooted environment for any girl. That’s a girl in her element is talking to another girl about what’s going on with herself.

Adam has shown me some things, has shown the audience some things. He’s developed into a full-fledged character, by becoming Hannah’s boyfriend and then being ready to commit to her, dealing with all of her insecurities and telling her she IS in fact pretty and she IS a good writer and the fact she thinks she’s eleven pounds overweight (thirteen, she corrects him) shouldn’t matter that much. When you’re in love with someone and you love someone, you aren’t projecting all these unrealistic, idealized things onto them. At least not when the love is true and right. You are just cutting through all the bullshit.

My favorite moment in the last five episodes was either when Marnie was, in an abject state, looking at pictures on Facebook of Charlie and his new girlfriend or right after Jessa gets married to Chris O’Dowd‘s character and they play a rap song and everyone starts dancing, with the hook to the song being, “This pussy be yankin’,” and Hannah is looking around like, What’s going on?, when everyone else is really into it. So I guess that means Chris O’Dowd will be in some of the second season. I love him from Bridesmaids but watching him in these couple episodes, I really wished he spoke with his natural Irish accent. He has such a great accent and it was distracting because I could feel him repressing it. It was like a great impressionist painter, Degas or Monet, having to paint in a standard portrait style, or something like that. It is really funny when Marnie and Jessa start kissing in his apartment and he tries to get involved, to no avail, and then he gets upset about it, telling them, “I want to be part of the group.” It reminded me of a story from a Jamie Foxx stand up — Jamie Foxx was at the Playboy Mansion, in a room with two women, and the two women start making out and he gets all excited but then they just totally forget about him and he’s left standing in the corner of the room, every couple minutes stepping in and saying, “Who wants the dick?… You want the dick? You want the dick? You want the dick?” I would say Jamie handled the situation in a much more grown-up way than Chris O’Dowd’s character. Or in at least a more grown-up way.

Bobby Moynihan appears as the master of ceremonies at the wedding and is kissed by a free, drunk off champagne Marnie, which Charlie witnesses. Clearly they just did this so it will give Charlie incentive to want to get back with her. I see Charlie being a much longer lasting character than Bobby Moynihan (as much as I love Bobby Moynihan on SNL).

The season ends nicely, with lots of things unresolved, of course, but with Lena Dunham‘s Hannah falling asleep on the subway and waking up and finding herself on Coney Island. She walks onto the beach in her bare feet at sunrise and sits down in front of the water and eats her piece of cake from Jessa’s wedding, finally reaching a certain but uncertain tranquility, still in the city but away from it.

My Tweets
Join 18 other subscribers