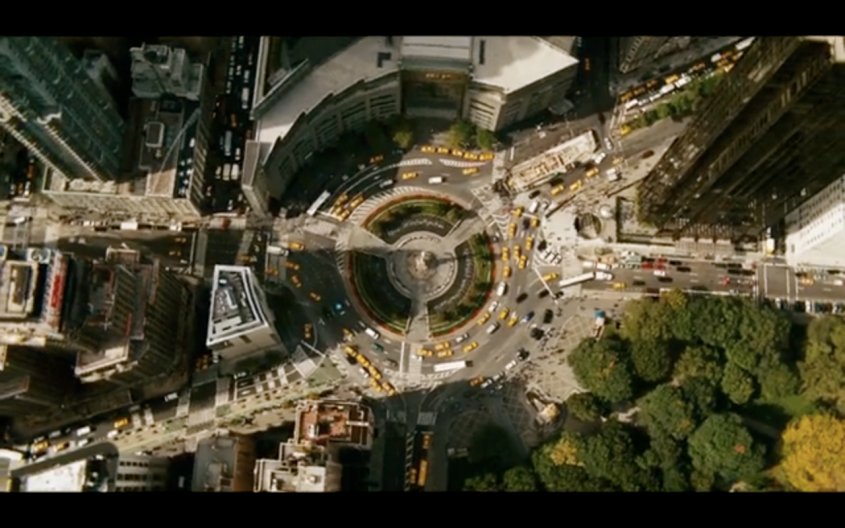 I’m a little embarrassed. I’m sorry it’s taken me so long to correspond formally, but I think we both needed some space. Well, I shouldn’t speak for you. I needed some space. Space to breathe and space to think. Because, honestly, when I moved out, I felt like I was finally thinking clearly for the first time since the day I moved in. The year and some odd months in between these two significant bookends were some of the foggiest times in my life. I was 22, and I didn’t know my ass from my elbow. I thought I did, though. And that’s where you burned me. Slow burned me, rather.

Sure, we had some fun times, but I have to be truthful; I was pretty miserable when I lived with you. You were bossy, and you didn’t give a shit about how hard I was trying. After nine months of unwedded non-bliss, I needed a break. The break came quick and swift. Just like that, I was in another city’s clutches. It was a good idea, don’t you think? I went away to a land that shall not be mentioned in a letter to New York City; I’d never disrespect you like that. But, (and it must be said) it was three months of sun-kissed wonderment. It rained once while I was there, and I worked next to the Friends sound stage.

I came back to you, though. I am not a quitter. After three months, I came back, and with good intentions, mind you. I thought that maybe some time apart was what I needed; what we both needed. However, almost immediately upon reentering my one bedroom apartment, it became clear that your sultry ways hadn’t changed. You had me living in a one bedroom apartment with four people. Four people! And you made me get three jobs. Three jobs! One of those jobs was cleaning apartments that were infested with bed bugs. Bed bugs! For f**k’s sake. And another one was being a cocktail waiter at a gay bar. I hadn’t yet mastered how to say “no” when someone asked for my number, so I’d just willy nilly give it out- due to how shell-shocked I was that I was standing next to a man putting on fishnets and someone asking if I wanted to do a photo shoot in their apartment when I got off work at 4am. That was a low blow, New York. I’m from Wisconsin! I almost stopped getting out of bed some mornings because you were such a little shit. But- You. Didn’t. Care. You just kept going about your business, unwilling to throw me the smallest bone. I confess- I hated you for a while. How could a place that suggested so many things to so many people not hold up their half of the bargain? So, after giving it a few solid months of nothing but a frowning effort, I finally made the decision to jump ship. To heave-ho. To leave. Maybe forever. My ego was battered, my pride was nowhere to be found, and that’s no way for a boy to begin his steady, rough climb into manhood. Or maybe it is. Maybe that is the fork we all must come to. At any rate, I’m glad I left you.

Now, I do want to make something clear, and this is important. I didn’t hate you when I left. I don’t know if you knew that. I felt like I had learned a lot from you. And I felt at peace. It’s always brave to walk away from a relationship that’s no longer working. Always. So, I did. In our final months together, I saw you for what you are. I was given the gift of perspective. I thought about all of our good memories. I’d admire you from a distance and be glad that I had loved you at all, even if it was largely romanticized. I gained at least some street cred from having pounded your pavement for two years, that much was certain. I must say, however, I had no intentions of ever returning. Maybe a visit. But Manhattan and I were not to be lovers. So, I handed my keys over to my sublet. And I didn’t look back.

I moved. I moved far away. To the merry, old, land of….oh yeah, I forgot. I’m not saying her name. Well, anyways, I’ve been in this new relationship since September 2011. I wasn’t going to tell you, but then I remembered: You don’t give a shit. It’s been a bumpy ride. This new girl has her own issues to sort out, but the sun doesn’t stop shining. For the most part, I’m really happy. I feel like I know who I am, she knows who she is, and neither of us is trying to change the other. I’ve settled in, so to speak.

Cut to about a year and a half into my current relationship. I receive a sneaky little phone call informing me that if I so choose, there is business to attend to… in New York City. What!? New York, I have been presented an opportunity that I really can’t refuse. I said I had no intentions of returning, and I meant that—at the time. What I should have said, was, I had no intentions of returning without good reason. So, as much as I love my current flame, I’m going to bid her farewell, momentarily, and that means that you and I will be mincing words again very soon. This also means I’ve been thinking about you. Do you know when people are thinking about you? Can you feel it? At some point, everyone has stopped to think about you, New York City. Is that why you are the way you are? I digress.

My time away from you has taught me a lot of things. One needs to know what he or she wants. One needs to stay focused. One should have perspective with what he or she is striving for in relation to what is happening in the larger world. Find love—with yourself, with your friends, with a partner, with your life…and it will work out. Maybe not how we thought. But it will. It’s a lesson I wasn’t ready to learn with you. I’m glad I’m returning with it in my bag. There’s a great Mark Twain quote: “Don’t go around saying the world owes you a living. The world owes you nothing. It was here first.” That’s another good lesson. In retrospect, I wasn’t really trying that hard to earn a living when I lived with you, was I? Or, at the very least, I wasn’t being very efficient in my effort. There’s a good way to work, and there’s a way to work that’s just running around, creating chaos followed by excuses. I’m sure you can guess which was my style at 23 years of age. I had the gall to expect something from you. For that, I apologize.

Ultimately, I want to tell you that I have no delusions of grandeur or that I even want anything from you this time around. I see you for what you are. You are exactly who you are, more so than anyone or anyplace I’ve ever met. I love you, New York City. I don’t think we’ll ever be the same as I once dreamt us, but I can’t say I’m not looking forward to seeing you again. Let’s make a deal: I won’t be a baby this time. I won’t ask for anything. I’ll accept the reality of how amazing and how grueling you are, and we’ll live in harmony. So, you just do what you do, and I’ll see you in August. Until then, I’m going to do what I do, or what I’ve been doing since we last clapped eyes on one another, which is sit out by my pool, because I have one where I live now. I also have a gym, and a laundry room that isn’t across the street or down the block but right below me….in my building. And, New York, when I move back, I’m going to look at my 8 X 10 bedroom, as I wipe the sweat from my brow, and I’ll smile. I’ll smile because I’ve gone away and know what else is out there, but also, because there is something strangely comforting about seeing someone or someplace you once loved. And still, maybe very deep down, however complicated, always will.